From Tsetserleg we went to Kharkhorin. We wanted first to go to the Tsenkher hot springs via a nice track but after some km’s my clutch pedal fell off due to a broken screw. We went back, bought a new pedal and screw and continued directly to Kharkhorin (tarmac) to visit the Erdene Zuu Monastery.

The Erdene Zuu Monastery is probably the earliest surviving Buddhist monastery in Mongolia – 2 km north-east from the center of Kharkhorin and adjacent to the ancient city of Karakorum. It is a large but quite empty place with a museum and some other smaller buildings. After some obligatory sight-seeing we continued some km’s and stayed in roadside motel near Erdenesant. There was no electricity for nearly 2 days in the whole region due to some failure in one of the main power plants and we enjoyed the noise of a generator next to our room. 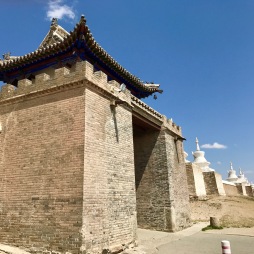 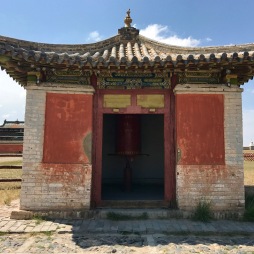 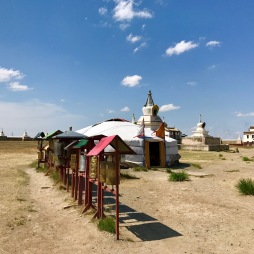 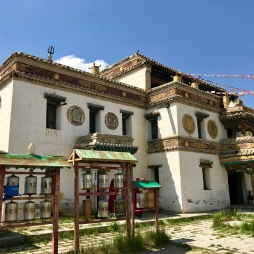 The next day we arrived in Ulan Bator. It was still early but it took 2.5 h do drive trough the city centre. The traffic is crazy and nobody cares about traffic rules… I was relieved when we arrived at Oasis guesthouse. 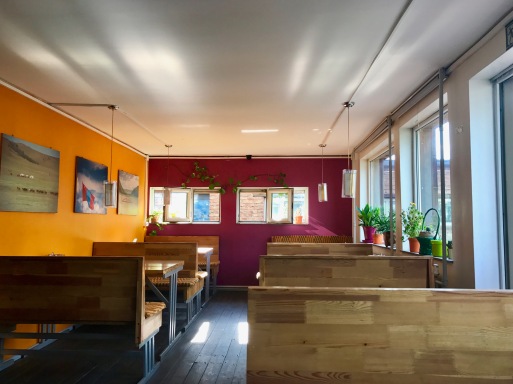 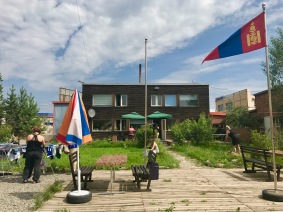 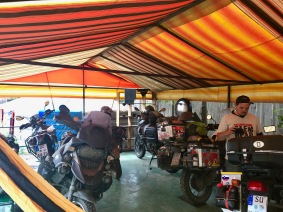 Oasis guesthouse is a biker’s paradise where a lot of overlanders meet. I like their facilities and it is (too) easy to hang around there for a while. :o)

The first day I just checked in and went to the KTM store to check the status of Vader. The bike was placed in their showroom, cleaned and…

REPAIRED!!!!!!!!! :o) What a relief! It was a hidden cable/connector near the impulse coil that was broken. Took them a while to find it. Thank you KTM Mongolia!!! 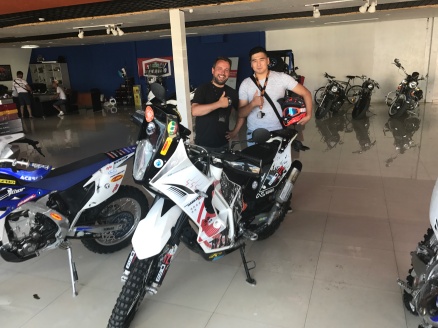 On the next day couple (Swiss and American) arrived at Oasis and was searching for motorbike to drive around in Mongolia. :o)  I sold them “Khan” and everybody was really happy!

I left Vader at the KTM store and was waiting for Hans and Kai from Germany. Hans shipped his bike to UB and I placed my new tyres and service parts in his crate. Together we will continue to Baikal, BAM and Road of Bones.