We started in the early morning again and were met by good road conditions. We took a break in the ghost town Kadykchan. The town was inhabited until the closure of a coal mines in 1996. It was originally built by gulag prisoners during world war II and had a population of up to 11.000 during the eighties. A quite and little bit creepy place for a lunch break. 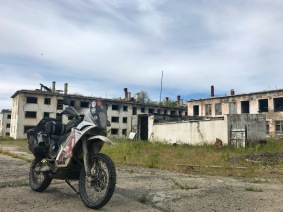 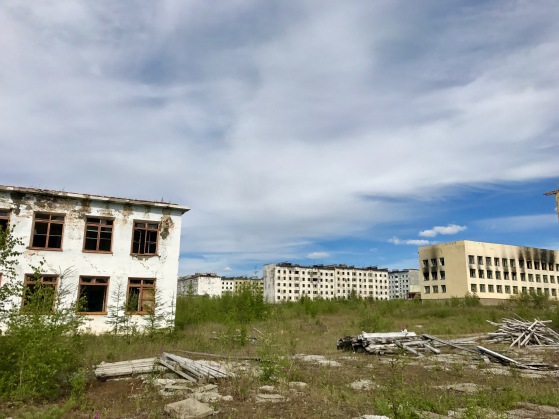 We reached Susuman and found the one and only hotel in town at the bus station with a really good cafe in the same building. I met a really friendly Russian who was waiting for his bus and we chatted a while. He gave me a 100 Ruble-note as souvenir. Unfortunately I had no Swedish kronor left… (If you read this – please send me your address to my email on the sticker!). The next morning we visited a interesting building with the attached front of a plane before we left town and continued to Magadan. 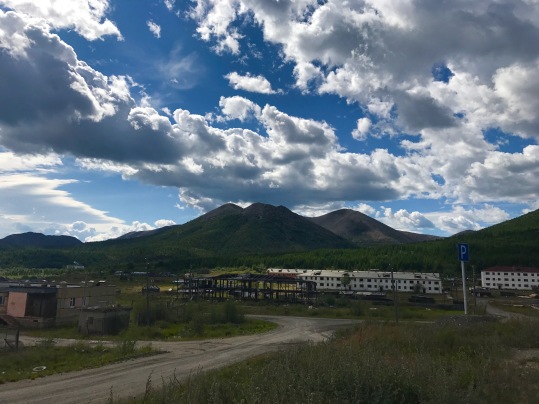 The road changed on the last 150 km from a good maintained gravel road to asphalt. In the early evening we gladly arrived in Magadan and stopped at the Mask of Sorrow. From Wikipedia: The Mask of Sorrow is a monument perched on a hill above the town commemorating the many prisoners who suffered and died in the Gulag prison camps in the Kolyma region of the Soviet Union during the 1930s, 1940s, and 1950s. It consists of a large concrete statue of a face, with tears coming from the left eye in the form of small masks. The right eye is in the form of a barred window. The back side portrays a weeping young woman and a headless man on a cross. Inside is a replication of a typical Stalin-era prison cell. Below the Mask of Sorrow are stone markers bearing the names of many of the forced-labor camps of the Kolyma, as well as others designating the various religions and political systems of those who suffered there.

The following day we cleaned our bikes and went to Avia-partner.ru to send our bikes to Moscow via air-freight. We were welcomed by Oleg whom I had contacted shortly before arrival. He explained all the details and quickly organised everything. We drained oil and fuel of the bikes and the staff from avia-partner directly started to build the crates.  Afterwards Oleg gave us a little sightseeing tour to one of the bays/beaches of Magadan. Thank you Oleg!!! We spent another day in Magadan with some sightseeing (including the mammoth sculpture from Yuri S. Rudenko) and when took a flight to Moscow. The “Road of bones” is done – “The Return” stage begins… 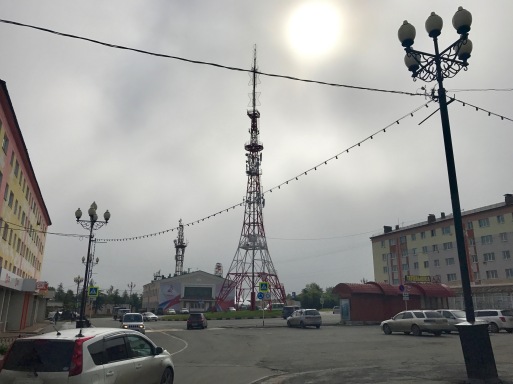 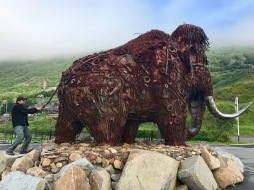 6 thoughts on “RoB – Ghost town Kadykchan & via Susuman to Magadan. Vader takes a flight to Moscow.”