The BAM was rough again and generously offered it’s obstacles. We reached Yuktali in the afternoon and decided to stay. The starter motor of Christian’s bike is not working well and the radiator of Hans bike started leaking again and now with an additional small leak. Kai fell with his bike and injured his foot. We decided to stay but where was no hotel or B&B. A Russian guy guided us the the hospital where it was possible to rent a room. They took directly care of Kai’s foot (including x-ray) and we got a dry room in a little bit creepy regional hospital. The atmosphere in Yukatali was different to Olyokma and we were warned several times to find a secure parking for our bikes. A friendly women guided us to the the house of her father and we were allowed to park on his property (locked!). Thank you Barbara!!! Her daughter gave me a wonderful BAM pin. Thank you!!!

Hans repaired his bike and we tried “Abro stop leak” powder to seal the leak – it worked. :o) We started early in the morning and Babara’s father guided us to the fuel stop at the “Yuktali fuel guy” (discovered afterwards the name of the waypoint in my list… :o) ). The day offered some difficult sections with railway bridges, rivers and rotten bridges. Both Hans and Kai drowned their bikes and we couldn’t reach the next village. Kai drowned his bike at a beautiful camping spot – at least one positive thing… With a fire and nice food we had a relaxing evening despite all the problems during the day. 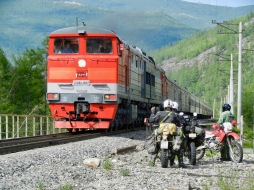 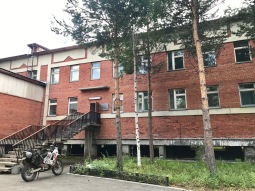 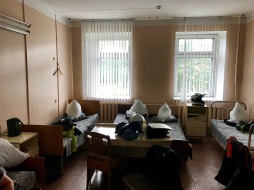 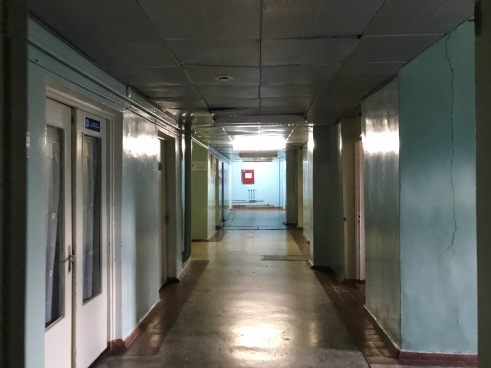 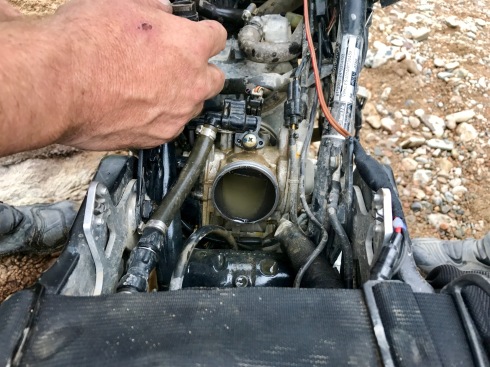 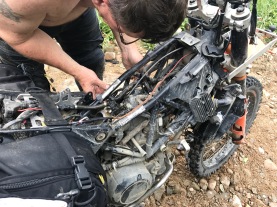 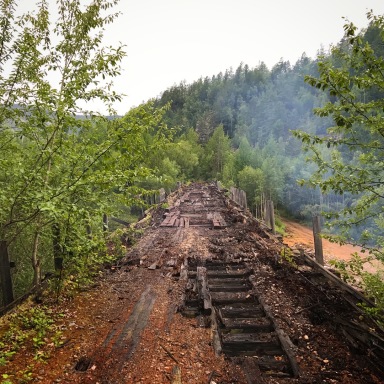 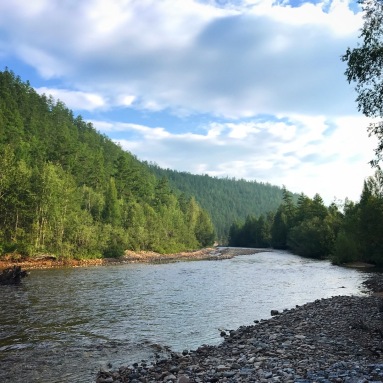 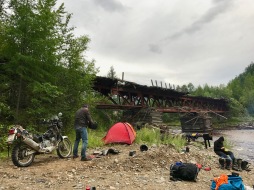 In Tynda we stayed 2 days, rested and took care of our bikes. Kai had to change oil after his river experience and Christian needed to change chain and sprockets. I headed with Hans into the city centre and needed to find paint and some plate to make a new number plate. I lost mine near Khani some days ago – somewhere. What happened was amazing again… I went to a hardware shop and asked for some paint. After explaining that I need to make a new number plate the owner gave us lift to shop for official Russian number plates. They just could offer the long plates not the ones for motorcycles. So he brought us to a company for shop signs and graphic design but not without stopping on the way and buying som lunch/snack for us. Where we waited for the boss. Dima came after his lunch break and directly started working on a new plate. He made a drawing on his computer (not without checking look and design of Swedish plates on the internet). With a metal plate and different layers of plastic film he created a new number plate for me. He didn’t want any payment… THANK YOU Dima!!!! 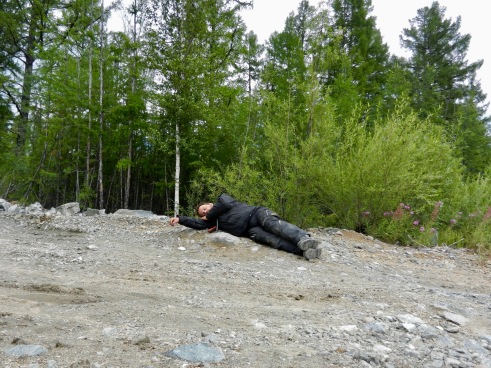 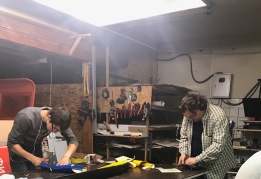 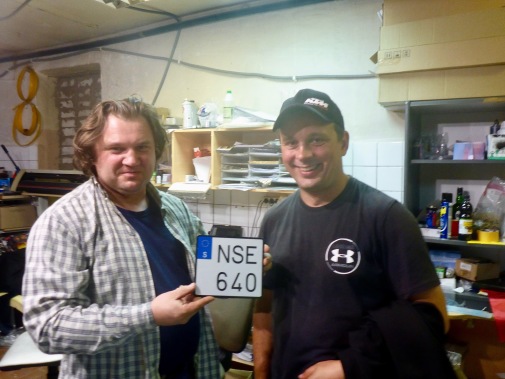 The BAM road was tough and demanding – we were all a little bit exhausted. Some section were probably easier than the years before. At many points they started to built the second rail track and the BAM road was at many sections somehow “maintained”. Nevertheless it was the toughest road I have ridden on. The great landscape, technical riding and the wonderful people I met made it worth every moment.

The next days we will drive to Aldan and Yakutsk. A new stage – the “Road of Bones” will begin…