I checked and tightened a lot of screws (everything was loose…) and attached my Mosko Moto  luggage system that – thanks to its “universal” design – fitted nicely to the bike. We (Christian, Cedric and me) started early in the morning on the “southern” route. The first few km with “Khan” were interesting: happy and excited to be able to continue my journey (in “long way round”-style) but a little bit frustrated with 150 ccm and max. speed 75 km/h – sometimes 80 if the wind comes from the right direction… not mentioning the suspension… BUT: Never stop riding!!! The landscape changed quickly and after a short time we were in the Altai mountains – some passes were at 2800 m and the air became quite thin. The roads and tracks were fantastic – the tarmac vanished early and was replaced by gravel and sand. “Khan” managed even some tougher off-road sections. We took a break at Tolbo Nuur – a beautiful lake high up in the mountains. The scenery was awesome and the vastnesses in Mongolia is breathtaking. After Khovd the tarmac started again. Sometimes groups of camels crossed the road. After some time I lost my clutch pedal – panic… Christian drove back and found it after a couple of hundred meters. During I tried to find a suitable screw to fasten the pedal the police stopped and two cops were looking at our bikes. Before they could think of asking for papers or something else I took my map and asked for directions (with hands and single words – they could not speak English) ;o) … It worked and we somehow communicated something… When one of the cops detected a missing bolt there one of the side-racks was attached. Damn… It is a special sized bolt/screw and I started to look for my cable ties… The police suddenly stopped a car and shouted something to the driver. Just 2 minutes later the driver gave us the suitable bolt and drove away. Crazy… but the Chinese bikes a standard in Mongolia (like Trabant had been in East Germany) and you find suitable parts everywhere. In the evening we found a nice place to camp in the open steppe. 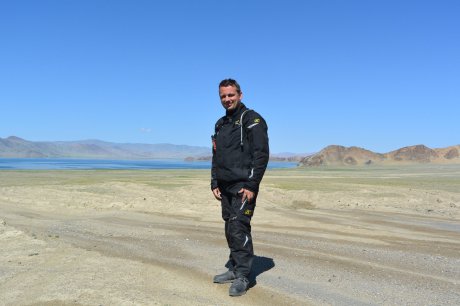 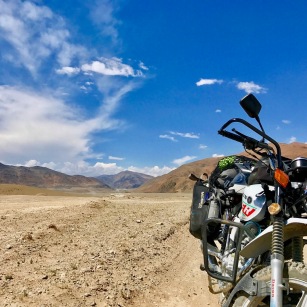 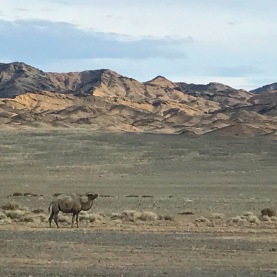 Instead of taking small and tougher tracks to the north we decided to continue a little bit on the southern route to Altai and when switch to the centre route via Uliastai to Tosontsengel. The landscape after Khvod became really dull and we met the northern parts of the Gobi. The road was just straight tarmac, heat and altitude were demanding. Shortly before Altai Christian fell asleep on his bike and crashed with 70 km/h next to the road. His bike took some beatings – broken mirror and indicator, bended brake pedal and  screw from the handlebar and other small thing. Christian bruised one foot – but nothing was broken and he luckily got away without any serious injury. Robert from Romania and Matthias from Germany stopped by and helped to fix the bike a little. We continued together to Altai and stopped at a workshop to fix Christian’s bike. The workshop was crazy and chaotic, but after some hours they managed to fix the handlebar with a custom-made screw. In the evening we continued north and quickly went off-road to Taishir in search of a nice camping spot near a river. It became dark and when we finally reached the small village we decided to find a hostel or similar. We were offered a place to sleep on the floor in the kitchen/dining room of a community building – pretty basic but clean enough. We were exhausted and just wanted to sleep. 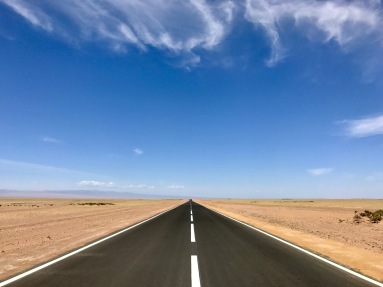 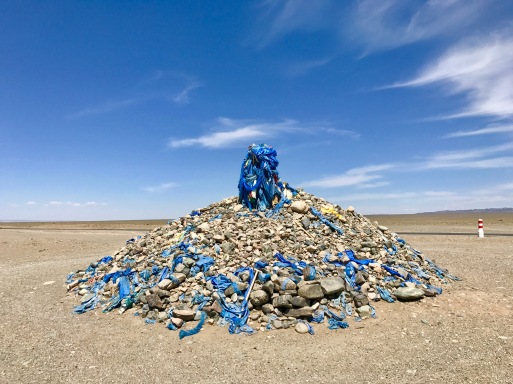 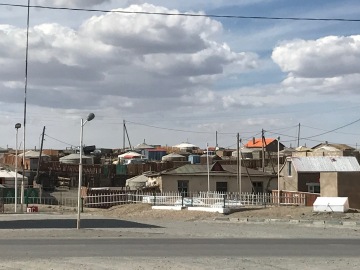 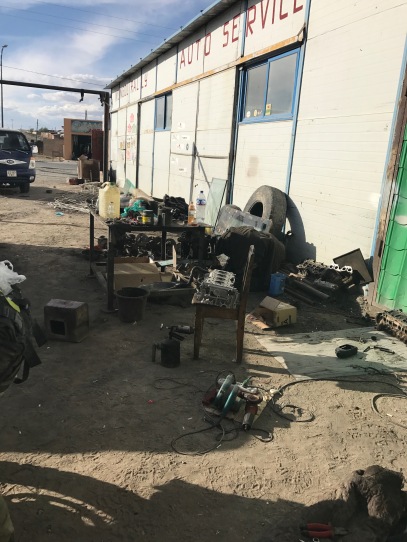 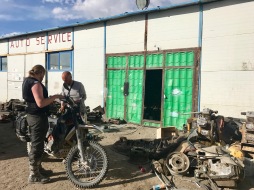 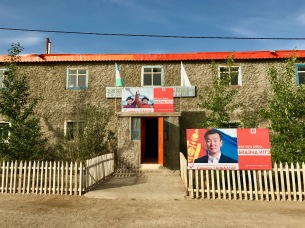 2 thoughts on “Ölgii to Taishir – from mountains & off-road to desert & tarmac, including a crash.”