The ride to Novosibirsk was o.k. despite some thunderstorm and lightnings on the way…  Rob and I stopped after a while for breakfast. I love these simple canteens (столовая) you can find everywhere in villages, towns or along the roads. Simple but really good Russian food at nearly no cost. 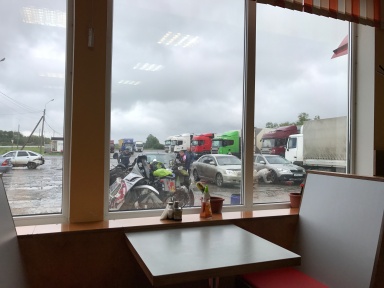 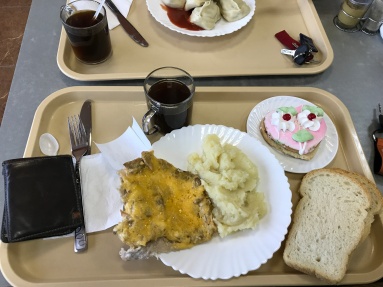 The menu is difficult to read – but often you can point at what you want or better just take your chances… 😂.

We reached Novosibirsk in the early afternoon and tried find a certain shop for motorcycle equipment in the town. My bad weather gloves gave up and my osco-chain oiler does not work anymore – so I need to buy chain oil spray 😡.  2 GPS units and an iPhone show 3 different locations in the same area on the map. The main road to this quarter was also blocked and after 2 hours driving in different directions we gave up… We found a nice hotel with sauna at the river Ob and nice “Bierhaus” in town (south German style with Russian speaking staff 🍻😜). Some pics from Novosibirsk: 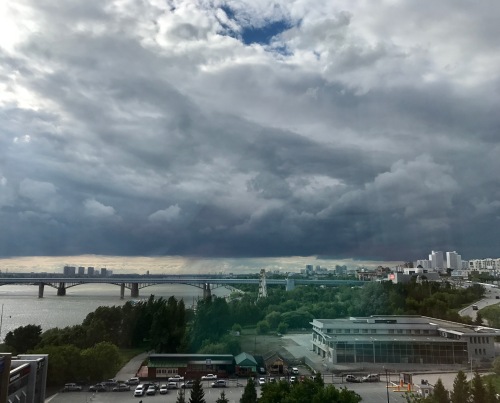 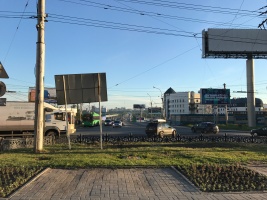 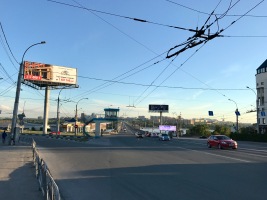 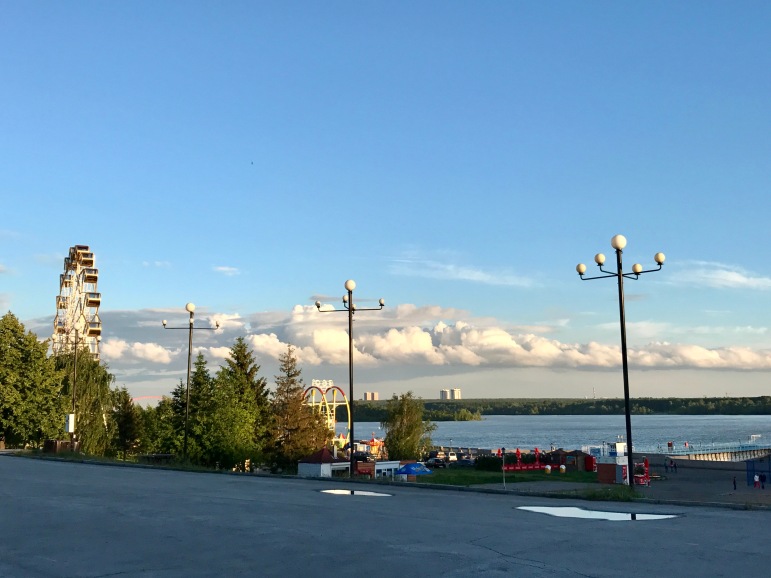 Next day was time for our temporary farewell. Rob continued in the direction to Irkutsk and I made it to Barnaul to meet Christian (aka “destination.earth194” on Instagram).

The ride to Barnaul was quite uneventful. Some light rain and landscape as usual – still no sight of the Altai mountains though already in the “Altai region”. Barnaul itself is a big town with more than 700.000 people and still classic soviet style. A lot of decay intermixed with some modern buildings. Some pictures from a central part/centre and the hotel: 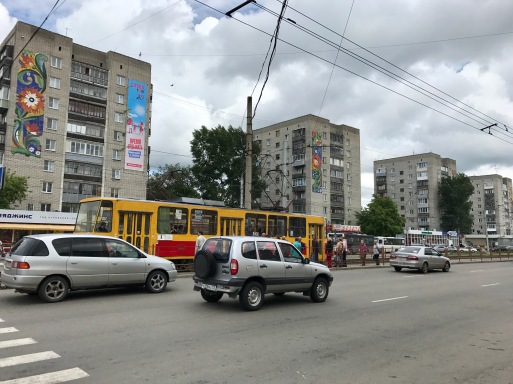 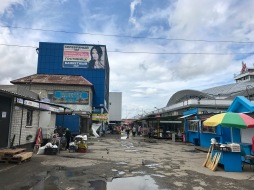 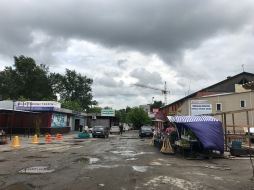 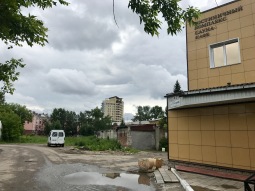 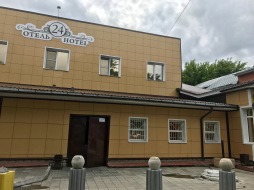 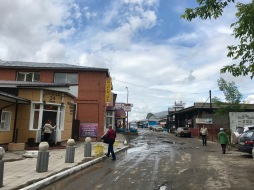 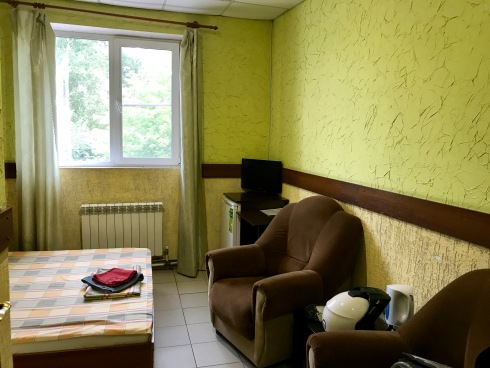 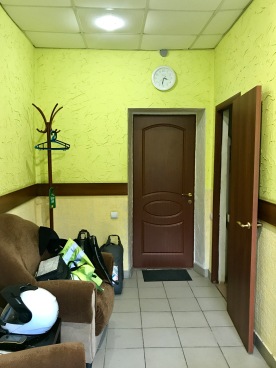 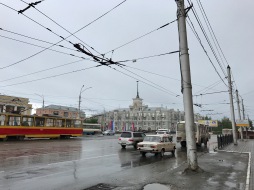 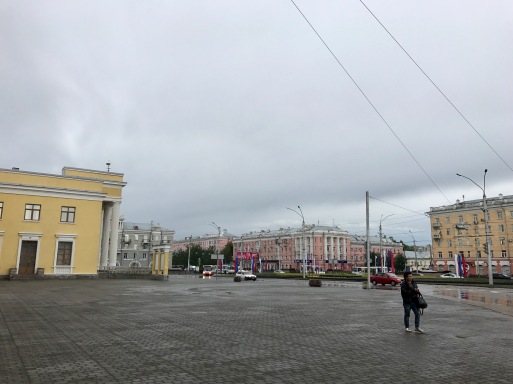 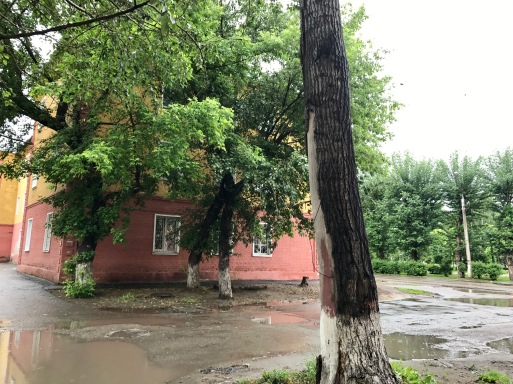 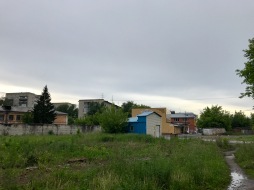 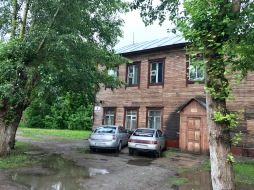 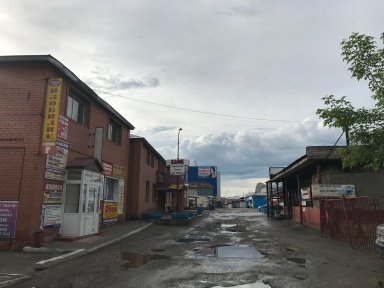 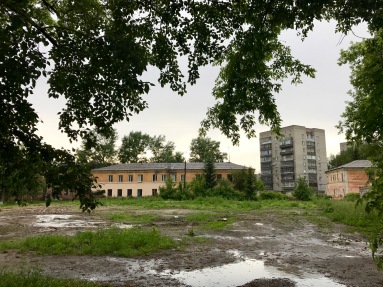 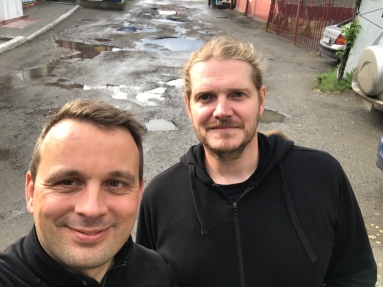 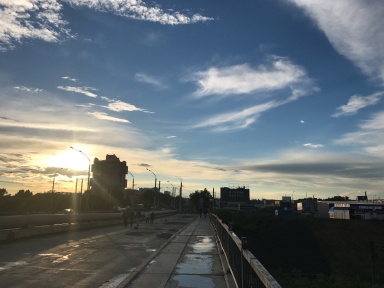 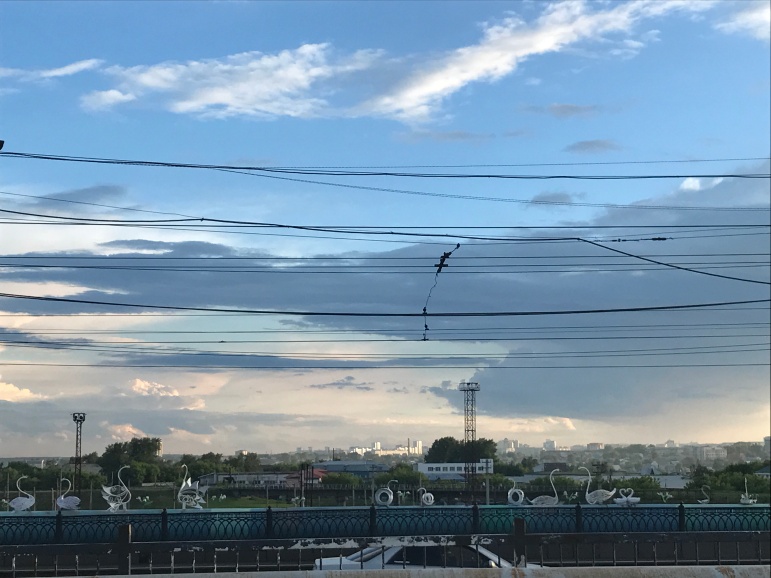 I met Christian at the hotel and we had a really nice afternoon/evening. We will cross Mongolia together 👍😎. He had an accident near Barnaul on his trip last year, left his bike here and now came back to continue his trip. I will search for a bike shop tomorrow to get new gloves and some oil spray. In the afternoon I will continue to Manzherok. Christian still need to solve some paperwork with the import/customs documents for his bike after the accident last year and involuntary storage – but will follow to Manzherok on Tuesday. Just a few days left until Mongolia stage begins…

6 thoughts on “Temporary farewell in Novosibirsk & hello in Barnaul”